Christmas is just around the corner, and while most people don’t really think of homeschooling supplies as Santa’s first choice of a gift, there are many wonderful books, science kits, art supplies, and unique online programs that would delight most children and provide welcome relief to a parent’s strained homeschool budget. 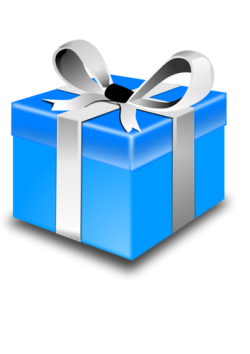 Throughout the years, I have discovered many incredibly useful, online, homeschool suppliers, and I thought this holiday season would be a good time to introduce everyone to a few of my absolute favorites. I have relied on these sites not only for the purchase of outstanding materials but also for research and inspiration in the development of Aristotle and Archimedes’ various lesson plans. I will be featuring one site per week for the next four weeks.

This week’s featured favorite “go-to” resource for finding great curricula and loads of inspiration in absolutely every subject is the Homeschool Buyer’s Co-op. This incredible service was started by Brett Walker, a homeschooling father, who recognized that homeschooling individuals could receive similar purchasing discounts to those enjoyed by many school districts by working together as a large buying group. The co-op is completely free to join though their website can be viewed in its entirety without joining the group giving potential members an opportunity to see what types of products and savings are offered before deciding to register. Joining the co-op requires no commitment from you; it simply offers you the ability to make purchases through the co-op’s very user-friendly website.

The Homeschool Buyer’s Co-op offers a myriad of products in virtually every subject homeschoolers study from world languages, math and science, art and music, and history and social studies. They even offer deals on special needs products and driver’s training programs. The various offerings include access to online programs such as Plato Science, Adaptive Learning, or Youth Digital, access to discounted purchases and delivery of physical textbooks, math manipulatives, or science equipment, and access to discounted purchases and immediate download of educational pdf files. While many of the programs are available only for a limited period of time or require a minimum number of buyers, I have found that most products become available multiple times a year at the maximum discounted rate due to the popularity of this service. They also feature many free products and a “SmartPoints” program for additional savings.

Each product has a detailed description of the item with links to the developer’s website for additional information. The website will alert you to opportunities to try a product prior to purchase if such a trial is available through the product’s developer. The co-op’s listing clearly indicates whether the item is a physical product to be mailed to you, an access code, or a downloadable file and details the time frame for delivery of the product as well as the price of the item. The co-op covers its expenses by charging a small fee (usually in the one to five dollar range) on top of the product’s listed price. This additional fee is clearly disclosed in the product’s listing so the buyer knows exactly what his or her costs will be when assessing whether or not to purchase a specific item.

I have purchased many products through the Homeschool Buyer’s Co-op and have always had a smooth and easy transaction. The one time an access code did not immediately appear in my mailbox was a situation which their customer service representative corrected in a matter of minutes. The savings I have gained from this site has allowed me to purchase additional materials for our school that have significantly enriched our overall homeschool experience.

One of the best aspects of this wonderful service is the ability to thoroughly evaluate a product before purchasing it and to assess a large number of similar products in one sitting. For example, when searching for a science curriculum, I prefer a secular program. At the Homeschool Buyer’s Co-op, I can easily review a product, and if I find that the curriculum in question is religiously based, I can simply move to the next product on the page. It really is a wonderful resource for finding a large variety of materials within a given subject, and it has frequently been a valuable reference for finding a number of different types of products to complete an area of study.

Some of the products we have purchased through the co-op have been subscriptions to Thinkwell math programs, Wordly Wise, Intellego Unit Studies, and Driver’s Education. Many of these programs were purchased at a significant discount and all were immediately available and problem-free transactions.

I hope you will stop by the Homeschool Buyer’s Co-op and spend some time browsing its many offerings. You just might find a gift or two for the special people in your life!

There are times when homeschooling one’s children can be the most frustrating, stressful, and, quite frankly, unsuccessful endeavor you will ever attempt. Through the years, I have had my share of days where I felt completely defeated and absolutely unqualified to teach my children even the most basic of subjects. 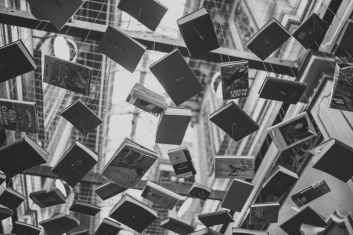 These days would lead to sleepless nights spent relentlessly analyzing why things had gone so terribly wrong. These nights would, in turn, lead to days filled with exhaustive research on curricula, lesson ideas, learning styles, and any other thing I could find to help us. Eventually, I would feel like I understood what my boys needed and a small ray of hope would appear. If I just tried X and Y, everything would work out, and most of the time it did – at least for a little while.

All this analysis and research yielded some good results and was definitely worth all the effort, but I have found that the greatest success and joy in teaching comes when your child has an “a-ha” moment, and those moments rarely come from your carefully crafted lessons. They have a habit of sneaking up on you in the most unexpected ways.

Not long ago, Archimedes had a bit of a meltdown over the value of pi. He understands that it represents the ratio of the circumference of a circle to its diameter. We physically proved it with string and a bunch of mixing bowls. Lots of mixing bowls, lots of times. He gets how it’s calculated and how it’s used throughout mathematics, but he doesn’t like its value. Why isn’t the ratio 4.21 or 5.89? Why, in the grand cosmic scheme of things, does this ratio turn out to be 3.14 specifically? Oh… well… um. Yeah, he had me there. Time for a sleepless night and a day of “googling” theoretical mathematics.

As it turns out, Archimedes was sitting beside me while I was scouring the internet in hopes of finding some way to explain pi’s specific value (other than, “Just accept it!” or “Because Mommy said so!”) when he noticed an odd entry for “Japanese multiplication” in the search results.

Multiplication is a particularly painful process for Archimedes. While he has mastered the standard “western” procedure for completing multiplication problems, he has never felt like he understands why this process works, and he is extremely frustrated by the amount of writing it requires. So, just for fun, we clicked on the link and watched a video in which “Japanese multiplication” was demonstrated. And the “a-ha” moment occurred!! Just like that, out of the blue, without any of my meticulous planning!

Japanese multiplication is a visual method of completing multiplication problems. Though many people refer to this method as Japanese, it is not actually known who originally devised this technique. Japanese, Chinese, and Indian cultures have all been credited with its development a one point or another. The method uses the visual intersection of lines representing the ones, tens, and hundreds places in numbers to calculate the product of a multiplication problem. A quick search on YouTube will reveal many good videos on this subject.

As Archimedes watched the video, his eyes lit up and he exclaimed, “That’s how it works! That’s so cool!” My son who will do anything to avoid using any type of writing implement promptly pulled out three colored pencils and began “drawing” multiplication problems just for fun! I used to watch his shoulders sag as he resolutely wrote out multiplication problems on his dry erase board, but now he actually gets his colored pencils out for calculations without hesitation or reminders and happily draws his lines and counts his dots.

It was such a pleasure to see Archimedes understand something that had long been a mystery for him and to see him actually apply that new understanding to different situations. And, it all came about from an impulsive click on a random link that showed up in an unrelated search! While I still spend many sleepless nights and active days trying to build that perfect homeschool experience for my children, I have learned that sometimes it’s best just to let things happen naturally and let the boys explore on their own. Sometimes following a tangent or a different line of questioning leads to awe-inspiring revelations in a completely different topic. These discoveries have proven more valuable than any planned academic study has ever been for us.

I am a Type A, ultra-organized, have-to-know-everything-in-advance type of person so following a path without knowing where it goes is actually quite difficult for me. But seeing the happiness and growth that comes from your children suddenly grasping an elusive concept is an unbelievable joy. I truly do relish our unexpected, but welcome, “a-ha” moments.

Have you or your kids had some unexpected “a-ha” moments, too?